When his father died, Denji was stuck with a huge debt and no way to pay it back. Thanks to a Devil dog he saved named Pochita, he's able to survive through odd jobs and killing Devils for the Yakuza. Pochita's chainsaw powers come in handy against these powerful demons. When the Yakuza betrays him and he's killed by the Zombie Devil, Pochita sacrifices himself to save his former master. Now Denji has been reborn as some kind of weird Devil-Human hybrid. He is now a Chainsaw Man!

After his transformation, he's quickly recruited by Makima to join the Public Safety Devil Hunters under threat of extermination now that he's technically a Devil. Now that he's living comfortably for the first time in his life, Denji struggles to determine his dreams and form meaningful relationships while killing Devils and working alongside other eccentric Devil Hunters.

Chapters not yet in tankōbon format 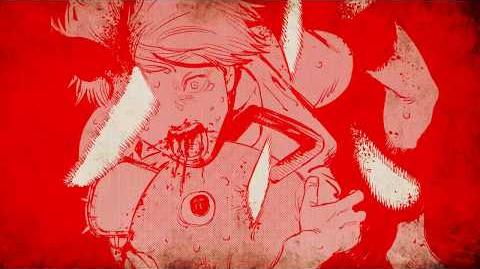 【FULL】『チェンソーマン』宝島社「このマンガがすごい！」2021オトコ編第1位受賞記念PV
Retrieved from "https://chainsaw-man.fandom.com/wiki/Chainsaw_Man_(Manga)?oldid=7375"
Community content is available under CC-BY-SA unless otherwise noted.